Changing the game in influencer marketing

Changing the game in influencer marketing with Ubisoft

To celebrate the launch of Tom Clancy’s Ghost Recon Breakpoint game, we collaborated with our partners at Hotwire PR to design an experience for Ubisoft, that would immerse 11 global social media influencers and 20 global media journalists into the game’s storyline and hostile military environment.

Our goal? To create an immersive and highly shareable experience; translating a digital game world into a physical reality that influencers and journalists can participate in. The real-life scenarios empowered each social media influencer to share their personal experience with their thousands of followers and extend the game’s reach to a wider prospective audience.

The influencers differed from the classic gamer profile and specialised in lifestyle, film production and fitness, each with their own nuanced style and audience needs. We used these insights to develop a compelling narrative that tested their survival skills and pushed their physical and emotional limits immersing them and their audiences in the game, while allowing them to play to their strengths on camera.

The success of this experience depended on outstanding visual storytelling. Drawing from our design thinking approach, we empathetically defined what the influencers needed to think, feel and do at every given touchpoint of the experience. 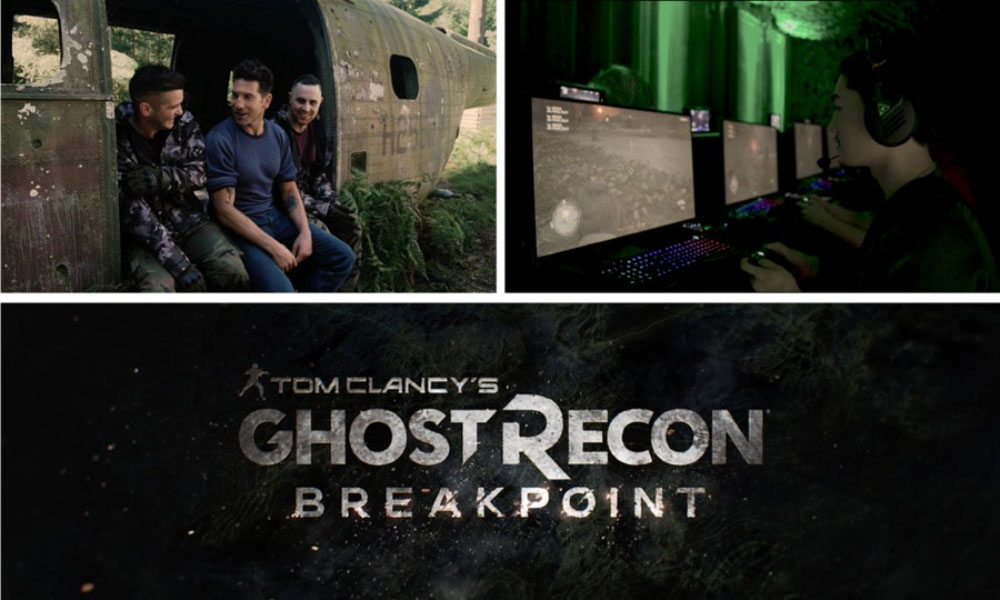 We transformed the blank canvas of Holmbush Estate into an authentic actualisation of Auroa – the setting of the game. Considering each element of the gamified environment, adding finer details and finishing touches that would deepen the immersive experience and even set the opening helicopter crash scene of the game complete with pyro, scattered debris and ammo crates.

Staying true to Ghost Recon Breakpoint’s story was key to immersing the influencers into the live action. And no game is complete without characters. To become a Ghost – you need to look and feel like one. The group was kitted up with fully customised camouflage gear, dog tags and a weapon, before being put through their paces by ex-special forces soldiers. The Ghosts were pepped on medical and basic essential survival skills with Emil Daubon (ex-Green Beret, US special forces and game writer) then sent away to complete fitness training drills. The training camp transformed the influencers into Ghost soldiers through a mixture of immersive environments, theatrical engagement and intense training activities including axe throwing, archery, buddy carry, medicare and a challenging assault course led by elite ex-special forces. All culminating in a final airsoft ‘battle’ where they tested their skills against the bad guys from the game, the Wolves!

The experience peaked with the appearance of the game’s star Jon Bernthal who spent 1-on-1 time connecting with each influencer and engaging in press interviews. Concluding the action-packed mission, the group merged the physical and online gaming worlds with an exclusive opportunity to play a live version of the game in the gaming experience zone – a military-themed shipping container converted into a gamer’s paradise with eight gaming pod stations. 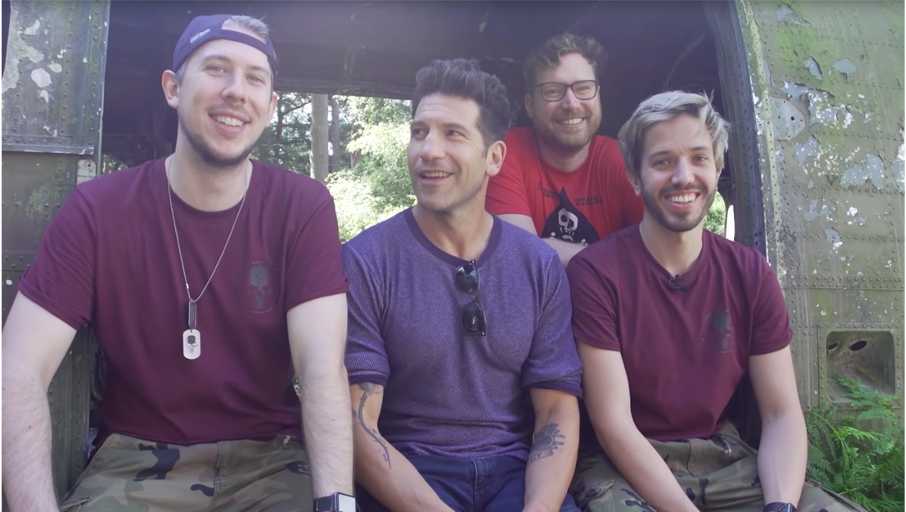 Our authentic live creation of Tom Clancy’s Ghost Recon Breakpoint transported the influencers and journalists into the heart of the game. Every aspect of the branding told the story and contributed to the atmosphere, from the dramatic smoke and flashbang release upon the Defenders’ arrival to the realistic gunfire on the battleground. The experience was designed to emote feelings of fear and surprise, followed by suspense and release.

The group left changed, now trained to think, feel and survive like Ghosts. 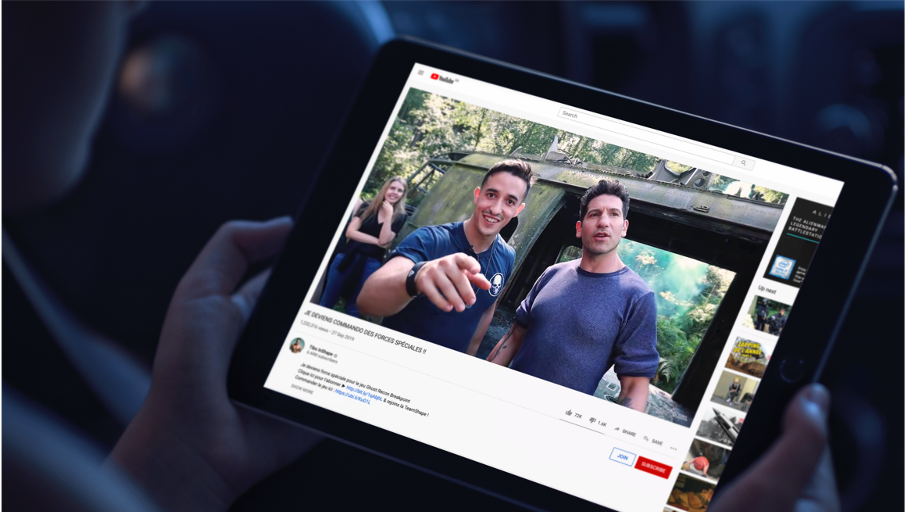 Inceptive storytelling – building the concept and immersive narrative. The experience told the game’s story while the influencers each covered their experience through their own channels and mediums. 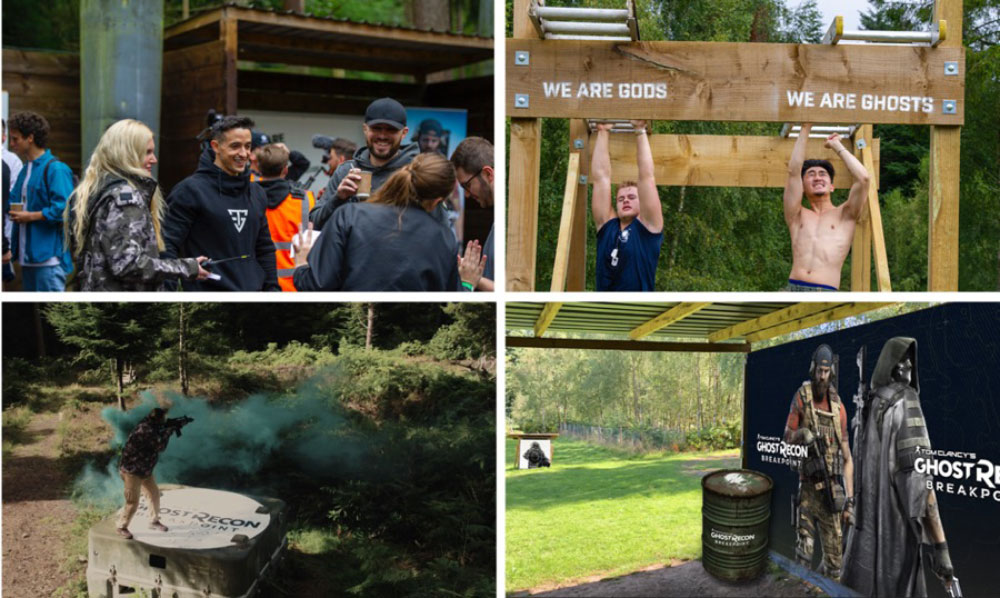 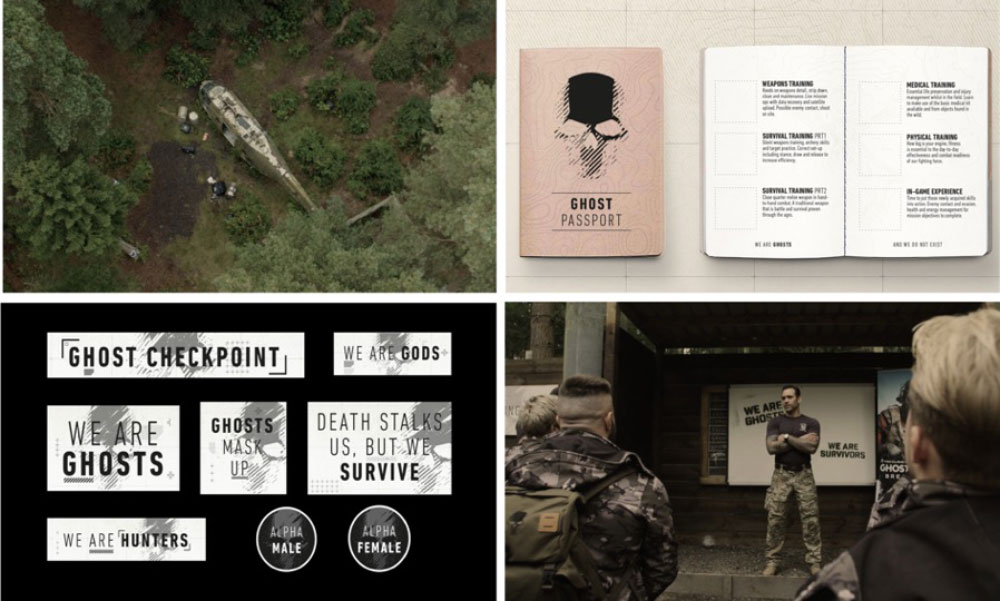 ACHIEVE MORE WITH US

Get in touch to make your vision a reality.